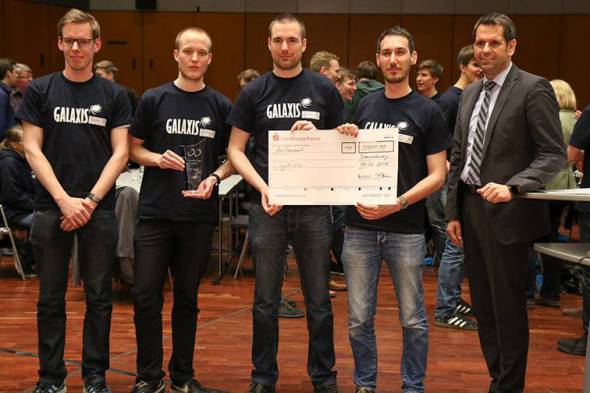 This year’s Carolo-Cup took place on February 9th, 2016 in Braunschweig. The Chair of Computer Science 11 supported the Team GalaXIs, which achieved a great 2nd place. In addition to that, the team scored with an outstanding first place in the autonomous parking discipline with a time of only 4.72 seconds. We congratulate the five members of the team and look forward to the next Carolo-Cup 2017.